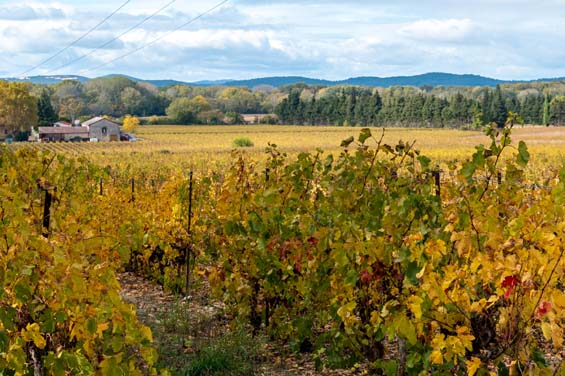 A climate favourable to the cultivation of vines

The Cévennes vineyards are located in the south of France, close to their namesake, the Cévennes mountain range. This geographical position confers many advantages to the cultivation of wine: it benefits from the north wind and important thermal amplitudes, this territory contributes greatly to the quality and the maturation of the grapes!

This climate allows the production of 3 types of wines with unique characteristics. The red wines combine aromatic power and refinement, while the white and rosé wines are synonymous with sweetness and freshness, much appreciated during the hot summer months! 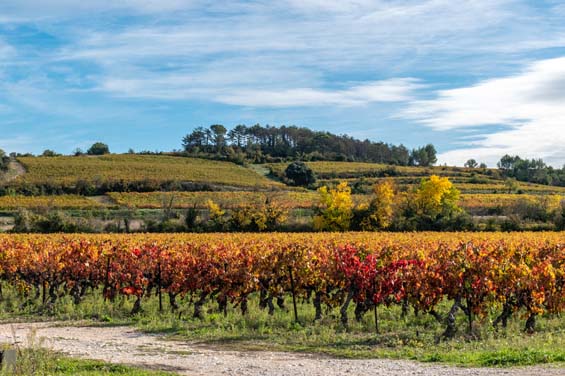 The Cévennes region: a constellation of colours!

The vines are present on 4 types of soil: schist, clay-limestone, acid and on the alluvial plain of Piedmont.

The schist soils are composed of rock that is generally brown in colour and can vary in tone from green to red, thus offering a magnificent mosaic of colours!

The clay-limestone soils contain minerals, clay and organic matter and are very popular with winegrowers.

Clay-limestone soils easily retain rainwater and heat!
The alluvial soils originate from river floods or strong torrents that have deposited various sediments. They are therefore rich and suitable for vine growing. 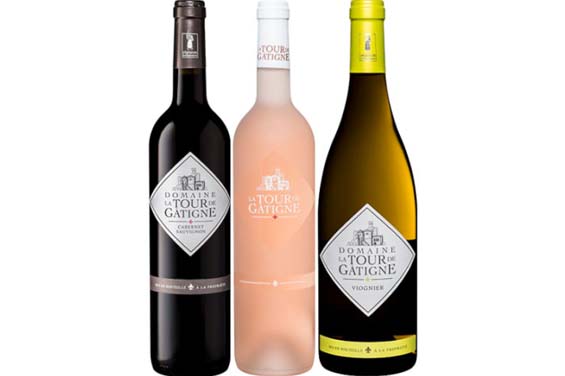 The amplitude of the temperatures, the intense and irregular rainfall of this zone give the grape varieties an aromatic intensity and a vivacity, in particular for the black grape varieties which are matured in oak barrels (merlot, cabernet-sauvignon, grenache and cinsault). The white grape varieties are traditionally Grenache and Clairette, which have been quickly enriched with new varieties such as Sauvignon, Viognier and Chardonnay.

Focus on...
Prohibited grape varieties
These are very robust American plants that arrived in France in the 19th century: clinton, isabelle, noah, othello, jacquez and herbemont. They are not part of the Cévennes PGI as they have been banned although they are still grown on private plots for domestic use.

In a few figures

Focus on...
THE PGI
The Protected Geographical Indication refers to an agricultural product whose characteristics, quality or reputation are linked to the geographical area in which it is produced or processed. In the case of the wine sector, the stages from the harvesting of the grapes to the creation of the wine must be produced in the defined geographical area.
Choosing the Protected Geographical Indication is not by chance! The PGI is perfect for the Cévennes wine industry. The wines must meet numerous criteria and follow control procedures carried out by an independent body approved by the Institut National de l'Origine et de la Qualité.
More information 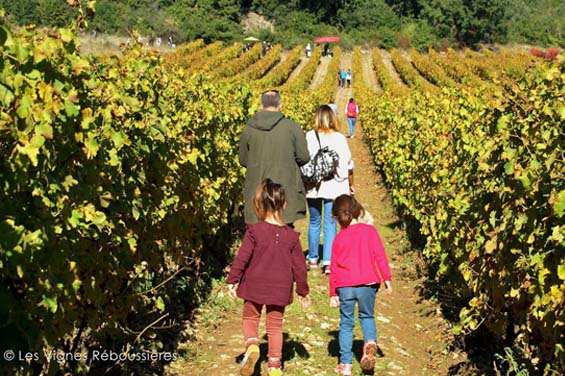 A territory full of discoveries!

Over the years, the region has seen a real development of its tourist economy! The territory's wine tourism offer has become more varied, which led to the destination's tourist offer being awarded the Vignobles et Découvertes label in 2017.

Throughout the year, the Cévennes vineyards organise numerous wine tourism events to promote and enhance their territory and heritage.